WHY ARE LAY’S CALLED WALKERS IN THE UK? 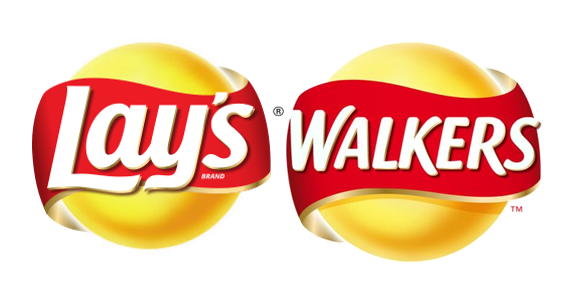 Fried potatoes are super popular worldwide. Everyone loves fried potatoes, the best thing about them is that we can find them in many flavors and they serve us perfectly as snacks.

Lay’s is the brand name for a number of potato chip varieties, as well as the name of the company that founded the potato brand in the US in 1932. Lay’s has been owned by PepsiCo since 1965. While the company retains the name of the product in most of the markets where it operates, in some it has adopted a different name, as is the case in the United Kingdom, where the classic Lay’s are called Walkers that is because Walkers was bought in 1989 by Frito Lay, Lay’s company, but as the company was deeply rooted in the United Kingdom after more than 40 years in business, they decided to keep the name. Of course, do not expect ham Walkers or peasant recipes, here Worcester sauce and prawn cocktail are more popular. Some brands change their name depending on the country in which they are located, either for legal reasons or because the market in which they intend to operate would better receive a different name, as it was in this case. If you like potato chips snacks and also learn, continue reading with us.

Walkers is a British brand of crisps and snacks, whose main markets are the United Kingdom and Ireland. It was founded in 1948 and is a subsidiary of the multinational Frito Lay.

The company traces its origins to the 1880s, when English businessman Harry Walker moved to Leicester to open a butcher’s shop on the city’s high street. With the start of World War II, the activity of the store was reduced due to the rationing of meat and other foods, so Walker had to sell French fries, very popular among the population, to maintain business.1

The change was successful, and by 1948 Walker was selling potato chips exclusively under the “Walkers Crisps” brand. Its popularity grew over the years, launching different models of flavors, and in 1971 it was bought by the multinational Standard Brands (Nabisco). In turn, it did advertising campaigns with the footballer Gary Lineker, a native of Leicester, who became the image of the company.

In July 1989, the Frito Lay company, a subsidiary of PepsiCo, took control of Walkers. Years later, the Walkers logo was modified to resemble that of Lays, the Frito Lay brand worldwide. In addition to potato chips, Walkers launched other varieties of snacks such as Quavers, Wotsits and Monster Munch.

Unlike other countries where Frito Lay operates, Walkers is characterized by a greater variety of flavors. In addition to the most common varieties worldwide —salt, cheese and onion, vinaigrette, beef— flavors that only work in the United Kingdom are added, such as marmite, chicken, prawn cocktail, sour cream and Worcester sauce, among others.

In 2008, Walkers launched the annual “Do Us A Flavour” campaign challenging the public to come up with a new flavor for their chips. The six finalist flavors are marketed for a limited time, of which the one preferred by consumers remains permanently. The first winner was Builder’s breakfast, a flavor that references the English breakfast of fried eggs with bacon, sausage and beans.

According to environmental charity Keep Britain Tidy, Walkers crisps packets along with Cadbury chocolate wrappers and Coca-Cola cans were the top three brands that were the most common pieces of litter found on UK streets in 2013. In December 2018, Walkers launched a crisp pack recycling scheme after it was the target of protests over the issue. Three months after its launch, more than half a million empty packages were recycled. However, as UK consumers consumed 6 billion packets of crisps per year, with Walkers producing 11 million packets per day, campaign organization 38 Degrees said this represents only a small fraction of the number of packages manufactured and sold annually.

In 2021 Walkers launched the first nationwide recycling scheme for potato chip bags, known locally as crisp packets. Working with recyclers, TerraCycle, the scheme will take advantage of an established network of recycling collection points across the UK. The scheme is simple and free to use, all brands of crisp packs will be accepted and ultimately converted to other basic plastic items.

How does it work:

To encourage the collection and return of packages for recycling, the program offers charity points based on the number of bags collected. People are encouraged to collect as many packages as they can at one time and then send larger batches.

Walkers brand ambassador Gary Lineker is supporting the scheme and has voiced an online film explaining how it works, available at walkers.co.uk/recycle. The scheme will also be promoted on Walkers crisps packs from January and on the TerraCycle recycling network from today.

Now we know why Lay’s has a different name in the UK. However, the quality of this Snack is the same throughout the world. We can all enjoy them and it is better to know their name in different parts of the world, so when we have to look for it we will know exactly which product to take; We also like to know that after enjoying our snack we can contribute to the environment and recycle these packages, which is great.