What part of the hemisphere is the UK in? 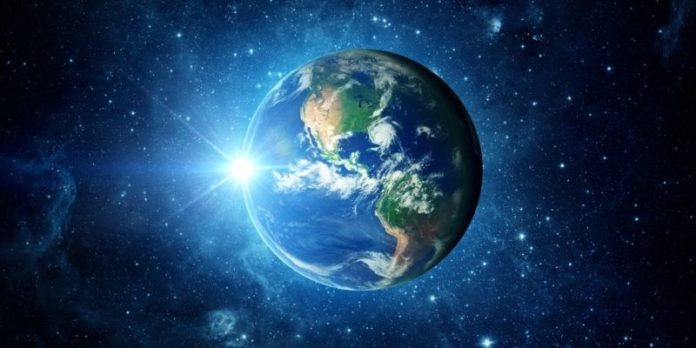 Today we will be talking a bit about geography and it is interesting to know in what part of the hemisphere the United Kingdom is located. So, here we go.

According to the geographical coordinate system that allows to locate any place in the world according to its latitude and longitude, the UK is located at latitude 55.378051 and longitude -3.435973. It is part of the continent of Europe and is located in the northern hemisphere; but What is it mean?

We have to know that geographic coordinates are a set of imaginary lines that allow us to locate a place on the surface of the Earth. This set of lines are known as meridians and parallels.

Parallels: these are imaginary circles that are drawn parallel to the equator line and always maintain the same distance from the equator and the other parallels, all parallels being smaller than the equator.

The equator line is located at equal distance from the poles; the equator is the maximum circle that divides the Earth into two hemispheres:

As a result, it’s possible to determine the latitude

Meridians: are the maximum circles passing through the poles.

It has been determined as Meridian of origin to the one that passes through the Astronomical observatory of Greenwich, in England. The Greenwich Meridian divides the Earth in two hemispheres:

As a result, it’s possible to determine the longitude.

In relation to the geographic network formed by the parallels and meridians, geographic coordinates are defined that allow the precise location of any point on the Earth’s surface. These two coordinates are measured as the distance from the point in question to the baselines of the system:

Let’s talk about the northern hemisphere.

The northern hemisphere is characterized by containing most of the emerged lands that have emerged on Earth and is where the continents of Central America, Europe, North America and a large part of Asia and Africa are located, including some minor islands of Oceania. Other of its most representative characteristics are:

The northern hemisphere has a quite varied type of climate and as there is more land in the hemisphere, this plays a role in weather patterns and climate. In order to better understand the climate experienced in this hemisphere, divisions of various climatic regions have been created, all of which have different characteristics.

North Star: its name is α Ursae Minoris or Polaris and is the brightest of the stars that make up the constellation Ursa Minor.

Arcturus or Arcturus: belongs to the constellation of the Buoyant and is the fourth brightest star in the sky.

Ursa Minor: it is shaped like a spoon and is composed of a total of seven stars and at the tip of the constellation is Polaris, the famous north star.

Ursa Major: it is located below Polaris, and is similar in shape to Ursa Minor. Its stars are quite bright and can be seen throughout the year.

Cassiopeia: it is M-shaped and is composed of five main stars.

Cepheus: it has the shape of an upside-down house, at its tip can be found the star Errai and is located between Ursa Minor and Cassiopeia.

Orion: this constellation is located near the equator and can be seen in both hemispheres.

In the Northern Hemisphere, summer occurs from the Summer Solstice (June 21) to the Autumnal Equinox (September 21). Winter usually occurs from December 21 to March 20.

We hope you enjoyed this information, you can also visit: Northernmost point in the UK