Pubs in the UK map 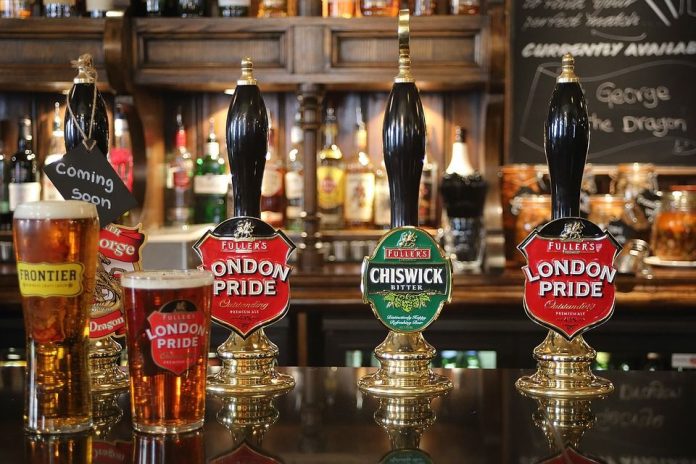 Pubs in the United Kingdom are one of its most popular attractions. Go to one of the most emblematic pubs (a word that comes from “public house”) to enjoy a drink in a unique and sometimes even historic atmosphere. Just In the British capital, there are more than 3,000 pubs scattered throughout the city, and most of the customers are usually locals and visitors who do not want to leave without stepping into one of these typical establishments.

In the UK, the pub consists of multiple rooms separated by etched glass panels, typical of the Victorian era, or by wooden partitions. The public bar is the common room, on the first floor, where draught beer is served at the bar, as well as other alcoholic drinks and snacks at the buffet bar. Next to it is the saloon-bar, more elegant, more comfortable, as well as the lounge-bar, where guests can retreat to engage in quiet conversations. Finally, there is the private bar, reserved for regular customers who like privacy. Very often, pubs offer a reduced catering service (hot or cold dishes), especially at lunchtime. Their opening and closing hours are very codified and customers often go directly to the bar to pick up and pay for their drinks.

Some of London’s pubs have a particularly marked personality and have earned a well-deserved fame thanks to their rich history and heritage, the personalities who frequent them or even the occasional ghost that is still anchored to the bar.

Fun fact: In the UK as a whole there are approximately 60,000 pubs, with at least one in almost every town. They sell almost 6 million liters of beer a year, an average of 177 pints per person.

Although a pub also serves spirits and soft drinks, its prestige is measured by the selection and quality of bottled or tap beers (so called because they come from the tap of a barrel called a siphon) that it can offer. The English clientele is expert in the barley beverage, and it is demanded name and quality in the brewery range of each public house. Not in vain is it possible to find pubs with more than 30 taps of beer.

The most characteristic beer of the English pub is the Ale or Bitter. In the bar they are perfectly distinguished from the others by the stately mechanical pump tap that they require to be pulled.

With the fall of the Roman Empire, these houses gave rise to the concept of the modern pub and it was in 965 when King Edgar regulated the business by decreeing a maximum of one pub per town.

The popularization of gin in the 18th century gave a good boost to the British hotel and catering trade.

The liquor was introduced after the Glorious Revolution of 1688 and its consumption was boosted thanks to the illegal production of gin that avoided the high taxes on alcoholic beverages. The breweries saw how the new spirit was gaining customers and attacked it head on with the opening of Alehouses, pubs belonging to the brewing companies themselves where only their product was served.

At the end of the 18th century, one more room was added to the English pubs: The Function Room. Many of these establishments had entertainment shows of different types such as music bands, games and sports. More common, however, were billiards, concerts, small theatrical performances or comedies that customers could attend for a fee.

Now if we try to establish a map of Pubs in the UK, this would look more or less like this…

Although it seems a joke; the reality is that the UK has many Pubs, in case you want to know one or more of these places, just go out for a walk and surely you will find them very quickly.

Visit to: Why is food in the UK so cheap?