Northernmost point in the UK 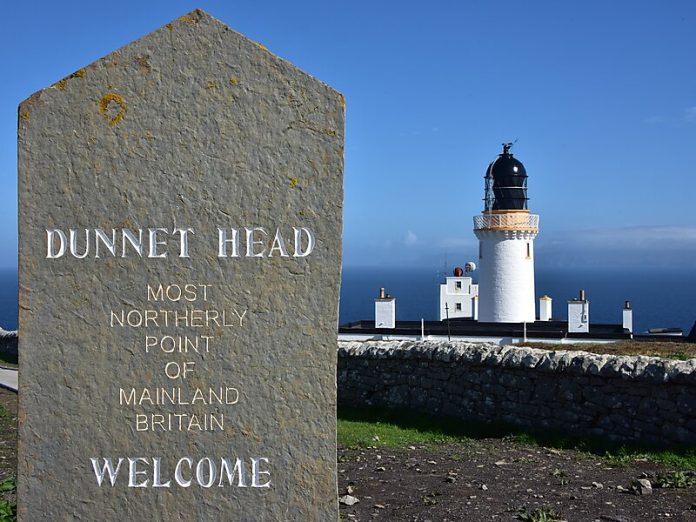 Northern, which is also known as boreal, can be associated with the North as a cardinal point or that which is located further north than another place. Having said that, today we will talk about the northernmost point of the United Kingdom. To do this we must take a look at the UK map so that we can find it easily.

The southernmost point of the UK is located in Scotland and is known as Dunnet Head. is a small peninsula on the north coast of Scotland that includes the northernmost tip of the mainland part of the island of Great Britain, Easter Head (58°40′21″N 03°22′31″W), located about 18 km west/northwest of John o’ Groats and about 20 km from Duncansby Head. The head belongs to the council area of Highlands, in the county of Caithness.

Dunnet Head is considered the western boundary of the Pentland Firth on the southern side of the fjord in Caithness (the eastern boundary would be Duncansby Head).

The boundary of the headland with the rest of the Scottish mainland can be defined as a north-south line running from Little Clett to the mouth of Dunnet Burn in Dunnet Bay. This line is followed along most of its route by a single-lane road, the B855, which links Brough to the town of Dunnet, making this the most northerly road in mainland Britain. From this line, the headland projects westward and northward into the Atlantic Ocean and the Pentland Firth and shelters the southernmost waters of Dunnet Bay.

The peninsula lies to the east of the burgh of Thurso and, on a clear day, affords excellent views of the islands of Stroma to the east and Hoy and Mainland, located some 15 km to the north, across the waters of the Pentland Firth.

Dunnet Head Lighthouse is located in Dunnet Point, it is also the closest point to the Orkney Islands. This fact involved the installation during World War II of artillery batteries for the defense of the British naval base of Scapa Flow located in those islands.

It is one of the many lighthouses designed and built by the civil engineer Robert Stevenson. It entered service in 1831. In 1852 its original optics were changed to dioptric lenses. It was automated in 1989 and controlled from the control center that the Nothern Lighthouse Board, the regulatory body for aids to navigation in Scotland and the Isle of Man, has in Edinburgh.

The lighthouse currently emits groups of 4 flashes of white light in a 30-second cycle. It has a nominal nighttime range of 23 nautical miles. In addition, the site offers an unsurpassed view of the ocean.

Besides visiting the Dunnet Head lighthouse, the island also offers other tourist activities, for example you can take surfing lessons on its shores, you can also take sightseeing tours in which they show you the city and historical sites and last but not least you could visit Dunnet Bay Distillery, this place has very good references from visitors.

Visit to: Are there basements in the UK?