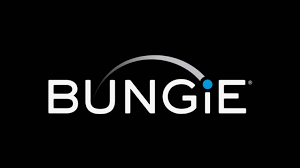 Bungie Studios, commonly known as Bungie, Inc. or simply Bungie, is a video game design company founded in 1991 under the name “Bungie Software Products Corporation” (more popularly called “Bungie Software”) before its emancipation from Microsoft, by two students Alex seropian and Jason J. It was part of Microsoft’s video game studios since Microsoft bought it in 2000 to launch the Halo: Combat Evolved project as the main video game for the first Xbox. Bungie created several popular video games such as Halo, Marathon, Myth and Destiny.

Currently Bungie has separated from Microsoft and will act as an independent franchise, after being bought out by Sony.

Anyway, the Halo saga, the undisputed success of Bungie Studios, will not be released on other platforms because the copyright belongs solely to the Microsoft company.

On January 31, 2022, Sony Interactive Entertainment announced the acquisition of Bungie as part of PlayStation Studios for $3.6 billion, although the purchase process will take time until it officially belongs to PlayStation.

Sony acquisition of Bungie for $3.6 billion includes a incentive program for workers at the Destiny studio developer.

In recent report, Sony confirmed that it plans to spend a sizable portion of its Bungie buyout offer on retention. Sony says it is prepared to pay 1/3 of its proposed $3.6 billion buyout, or approximately $1.2 billion, in a long term incentive plan that will reward the company employees who remain with the company. Sony will pay $2.4 billion for an outright purchase of the company private shares. The bonus is intended to keep Bungie’s current staff intact after the acquisition.

Deferred payments are planned over several years after the closing of the full buyout. The company is prepared to pay about $792 million in deferred incentive payments in the first two years after the deal is finalized.

The company will have unprecedented freedom under Sony.

enjoying full creative execution while remaining independent to own, publish and release its games across all platforms

have 98 job postings on its jobs page right now, and many of them are for work on Destiny 2.

The gameplay designer: positions available mean that the company is planning to add new gameplay elements that go beyond its life long shooter action of grappling and nailing balls to unleash damage phases against bosses.

There are also job openings for anti cheat engineers. showing that Destiny is still intent on expanding its capabilities against the never ending threat of cheaters.

Many of these positions are available for remote workers, so even if you are not in the Washington area but have the necessary experience, you might want to consider sending your resume to Bungie.