Daughter of former minister of justice Mr Michael Kaingu. She’s a flying queen and everyone in Zambia knows the top socialist Iris Kaingu. Arguably one of Zambia’s most beautiful ladies, followed on social media due to her popular trends that broke the internet, making people wanna know more amazing stuff about her. Carries the unmatched behavior and courage that has made her one of Zambia‘s top recognized females, liked by most men. First caught the countries attention, when her s***** tape leaked and went viral.

From there, Iris Kaingu, began to dominate the showbiz. Slowly gained momentum, built followers on social media, instar gram, Facebook and twitter, turning her into a celebrity. Below we’ve decided to share with you, 8 Interesting Facts About Iris Kaingu.

Despite gaining success and popularity, through an adult tape she has continued to stand out. Iris Kaingu is the beauty representation of how amazing Zambian ladies are. Lets face the facts, look at the eyes, nose and skin tone, not to mention the long beautiful smile that seems to attract most guys and comment sweet amazing things about her on Facebook.

2. Comes From A Christian Home

Most people have stood to judge Iris, called her names and some went to lengths of blaming the parents. Well what ever path this lady has chosen to follow. surely has nothing with the home she hails from. Both mother and farther are known to be strong members of the New Apostolic church.

And since Iris Kaingu was a little girl,she has always been known to understand the christian morals and values even though little are seen from her actions as expected.

3. She Loves The Poor

Despite been labeled names, Iris has proven to be a saint to many people especially the less privileged in society. Respects the cultural ethics in Zambia and last year in 2019 launched the Kaingu foundation for the orphans and elderly people. Clearly this beats against all odds and a challenge that many people who criticize her have not done.

On a number of times Iris has even extended the loving gestures to women, victims of GBV gender based violence and disabled people.

Been one of the most beautiful ladies in Zambia, well built and amazing surely gives her the market for celebrities. This local princes got eyed by Zambian rapper Slapdee. Two of Zambia’s richest musicians, which afterwards featured on the music video to the song “Forget you”, and once flatted with Bobby East. Macky 2 also went to confirm in a song Jump off of having a fling with her.

Her lifestyle is well overwhelming.Tasted fame and for over five years she has always been on top of things.

Iris Kaingu is not just the Queen of social media but one of the most successful ladies in Zambia today. Educated and running a very successful pool of businesses from hotels, reserves packs to lodges and transportation. Iris Kaingu has an estimated net worth of $8000 dollars. Owns Kaingu safari lodge, toils harder and glides more each year, shes the most featured individual in local magazines and Zambian newspapers. Mostly invited at VIP events and top government officials continue to give her preferential treatment.

Iris is one of the most insulted,loved and hated person at the same time. Disappointment and dumped by philandering seemingly lovers in the past and always on people’s radar. A few recognize her greatness, but despite the bad treatment. Iris Kaingu has more than 1 million YouTube views on common videos and blushes off the hate speeches with a smile of love.

She is the first born with other three beautiful female siblings. Continued to prove her attachments with family, posted on her page and urged people not to be like her and put family in pain. Spices the family legacy and all in the lineage of Kaingu blood have beautiful soul taking beauty and eyes unless you’re looking at this from the hater perspective.

8. She Has Beautiful Photos

No lady does it better than Iris Kaingu. A thousand searches in Zambia are from guys looking and wanting to see Iris Kaingu photos. I mean, who doesn’t always want to see the beautiful photos of Iris Kaingu? Most of her images have been eye catching and got over a million views on Facebook alone.

During the 2020 Ncwala ceremony, Iris took yet another controversial picture that got everyone in Zambia talking about it and zooming to take a closer.

During the visit of Prince Hurry, the fresh prince of Duke of Sussex Iris Kaingu got invited to his chambers in Zambia at the hotel booked. Making her the first female in Zambia, if not Africa to ever receive such a big gesture from a prince. This came to happen after getting humiliated during her first after the airport. People on social media criticized Kaingu, Finally got the needed attention from Prince Harry, after she was called all sorts of names but finally in the got the needed attention.

A classic lady must have cars and Iris Kaingu isn’t missing on the list of having amazing, admired cars. Has some of the most expensive cars in the land. Iris, drives a Toyota Hilux, Ford Ranger and BMW 2017 model. gained prominence after the viral s***** video that leaked during her tenure at ZCAS in Lusaka. 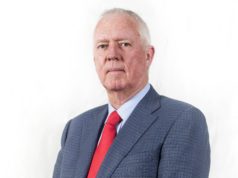 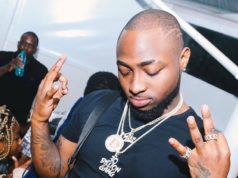 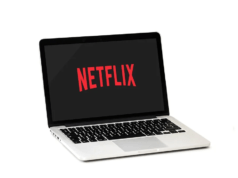 Themillionair is dominant platform from Africa that provides information about finance, marketing, insurance, web development, price of goods and services, travel guides and amazing stories about Africa most people search on the web.
Contact us: Info@themillionair.com

How To Make Money With Google Adsense

Mobile Money Business, Is It Worth It?

How to Become An Airtel Money Agent